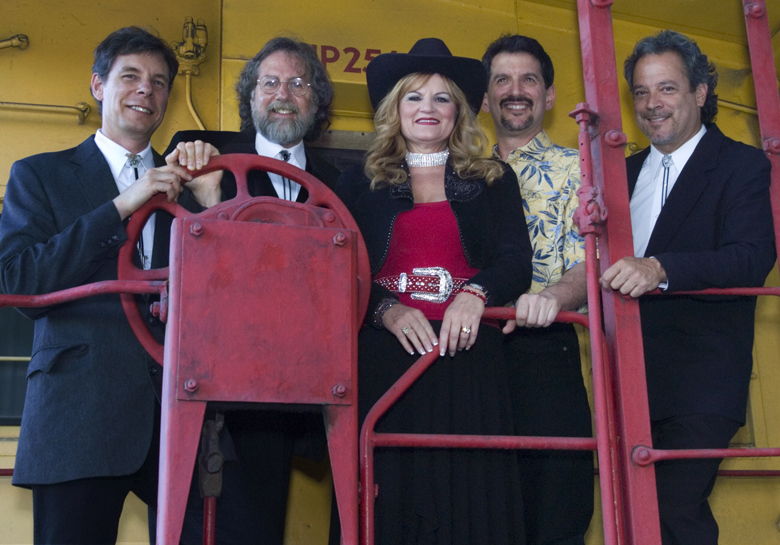 “Morris Has Cline Down Pat” said the newspaper headlines from the San Francisco Examiner of Joni’s most recent performance there.  And the San Francisco chronicle's Date Book section reads “It’s Patsy All Over Again” of her re-creation of the country and western legend, Patsy Cline, at the bay area’s Alcazar Theatre.

Joni, from Stockton, California, has traveled nationally for the past fifteen years with her extremely talented “Jordanaires singing style” four-piece band.  Audiences love her tributes to the music of Patsy Cline, Connie Francis, Legendary Ladies in Country Music, Christmas Shows, and Joni’s own original music, included in every show.

Her performance is a solid one, saturated with true showmanship and authentic sound and personality.  We’re transported back to Golden Years of the late 50’s and 60’s with songs like “Crazy,” “Sweet Dreams,” “I Fall to Pieces,” “My Happiness,” and “Where the Boys Are.”  Joni sings each song brilliantly and adds dazzling costumes and comedy too, but nothing shines so bright as her ability to connect with audience.  She is becoming well-known for her great audience interaction as well.  Catch Joni on her way to the top!