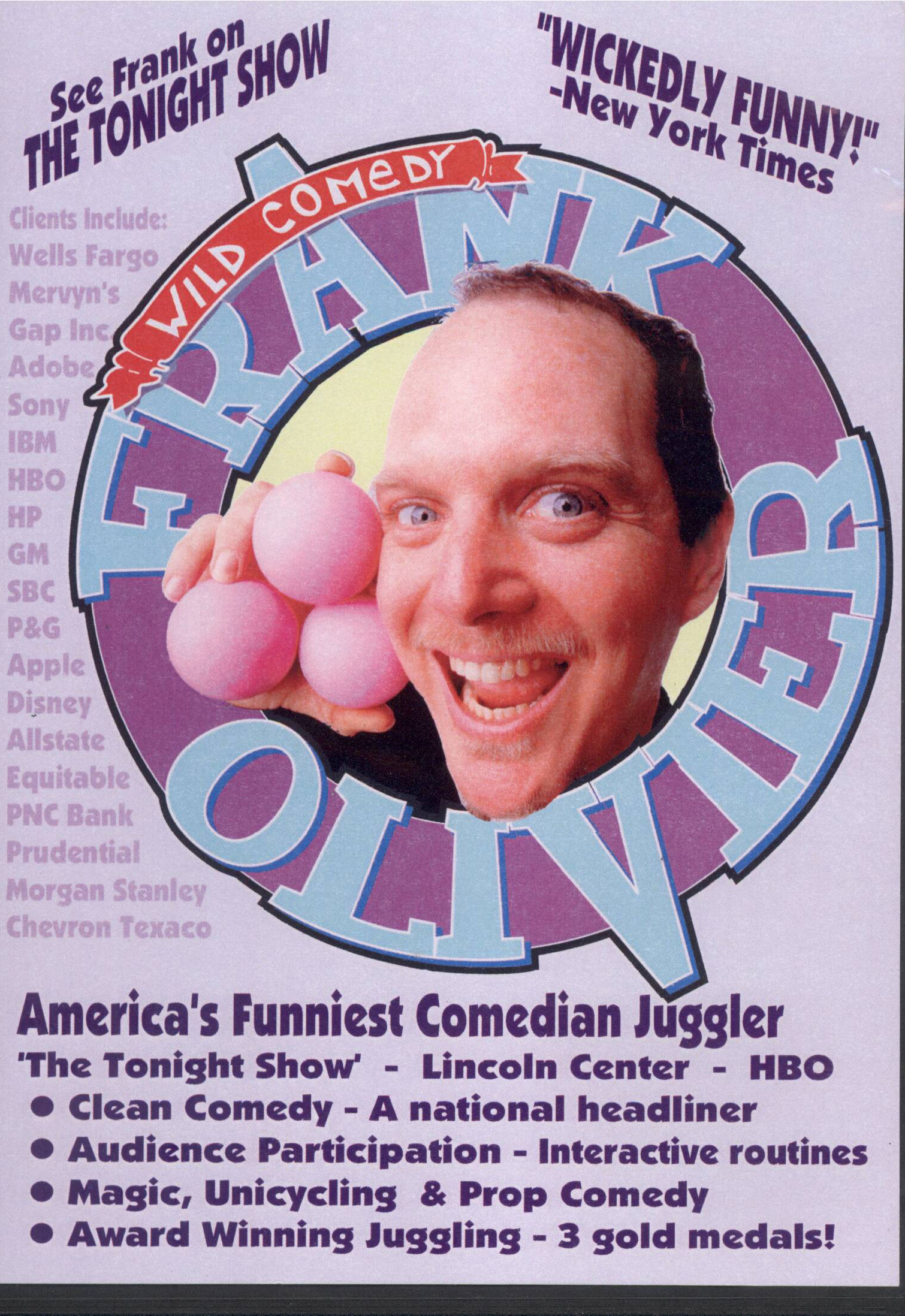 Completely delight your crowd with an up-beat hilarious top-tier, self-contained, and clean comedy show with outrageous skills (including world-class juggling, magic, unicycling and more). The thrills can even be interactive with your people getting involved in the action.  Frank Olivier developed his unique off-beat brand of humor in San Francisco's comedy clubs.  He was soon sharing the bill with Dana Carvey, Robin Williams, Whoopi Goldberg, and others. New York producers spotted his talents, and quickly signed him. He performed his act for the next three years in the Broadway hit show 'Sugar Babies'.