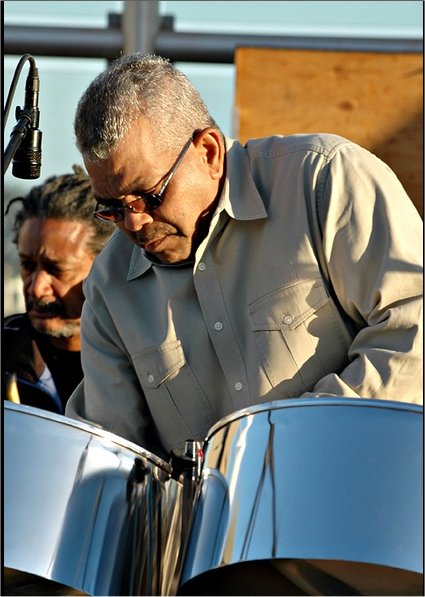 Paul Snagg was born in Grenada.  Paul grew up listening to a band practice from his house and eventually was drawn like a magnet to the 'pan yard' where his passion was born.

His first pan teacher was Clayton Steele who was also the first to recognize Paul's ability to "beat pan".  Another influence was "Gabby" Worme.  Before his migration to the United States, Paul played pan with the Laborie Steelband.

Paul has been a member of the Harmonics Steelband since 1980. The Harmonics has warmed the hearts of pan lovers in the San Francisco Bay Area with their varied repertoire over and over again.  Paul also performs with the legendary Caribbean All Stars, Caribbean Groovers and Caribbean Connection.  In addition, Paul performs as a soloist on steel drums using backing tracks.

Paul has performed in Phoenix, Las Vegas, Vancouver and at the Grand View resort in Grenada.