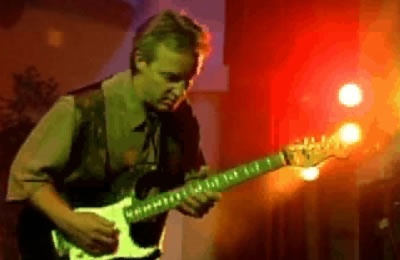 Rick Schaefer is a dynamic vocalist, as well as guitarist, keyboardist and harmonica player whose style is rooted in Blues, Rock, Jazz and R&B.  He was keyboardist and singer for the Hoodoo Rhythm Devils for two years where he played many regional club and concert dates in the San Francisco Bay area.
He left the Hoodoos to join Maria Muldaur (Midnite At The Oasis) as musical director, keyboardist and singer. He performed with Maria for five years touring throughout Europe, the U.S. and Canada.  He then relocated to California where he studied piano from Duke Ellington arranger Allaudin Mathieu and from jazz pianist Si Perkoff. He became a faculty member at Family Light Music School where he taught privately as well as workshops and seminars in Music Theory, Improvisation and Songwriting.
He recently returned from Central America where he worked in a world class recording studio as a producer, engineer, singer and voice-over artist for television and radio commercials. While in Central America, he was the featured artist for jazz concerts as well as musical engagements at hotels and tourist resorts. Currently, he resides in the San Francisco Bay Area where he plays at all the top hotels for weddings, corporate special events and for the major cruise line whose yachts tour the Bay. In addition, he is a composer and has recently completed a choral work in SATB arrangement with keyboard accompaniment.